In late July, 2008, my wife and I spent twelve glorious days in Portugal, traveling to COIMBRA (the site of Portugal’s oldest university), CONIMBRIGA (the largest excavation of an ancient Roman city in Portugal), TOMAR (headquarters of the medieval and Renaissance Knights Templar), EVORA (one of those “untouched” medieval cities, with nearby Neolithic and Roman ruins to boot), ARRAIOLOS (with a hilltop castle, enclosing a Renaissance church), and LISBON (museums, churches, and romantic scenes galore). In this gallery, however, I have included only my fine art photographs from our trip, leaving the travelogue photos to other venues. 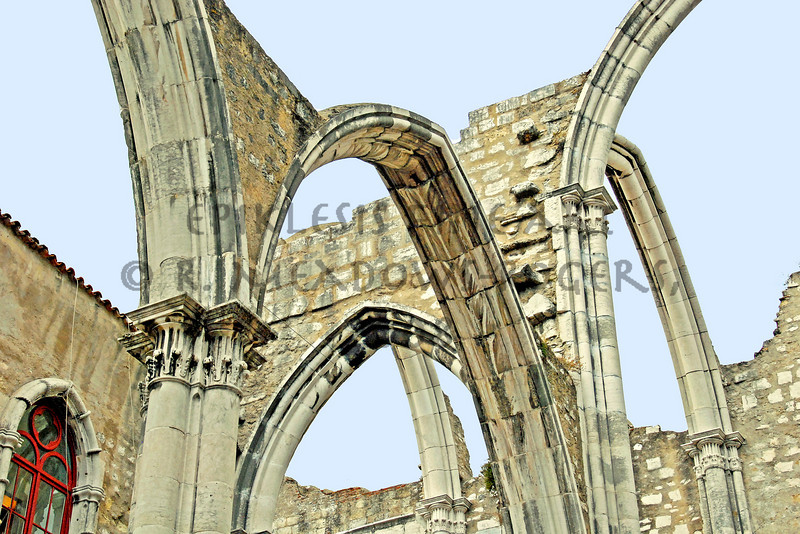